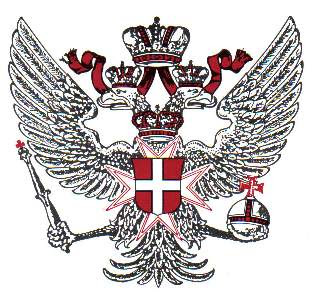 The Communist International of today

These are the soft line Communists. They appear likable. But the facts of the matter are these:


1) Gorbachev was and is a formal member of the Communist Party.


2) Gorbachev was and is a KGB member. Note this: the KGB goes through name changes, they used to be the GPU and NKVD and then they became security police and then whatever is current. The name doesn't matter. The origin and purpose does. The origin is the Jewish dominated secret police of the Communist east starting with the co-opting of the 1915 Russian Revolution transformed into the Communist Revolution and then in the following decades (the 1920's, 1930's, 1940's, 1950's etc. etc. etc,). Gorbachev, by the way is Jewish. They hold the reigns of power in Russia.


3) In 1984 there is the speech Gorbachev made to the Russian Communist Party in Moscow. It was recorded and made available in the west. Amazingly people just ignore it. In this speech he told the party chiefs not to worry about whatever he said or did in the west but to trust that he was a loyal party member and that what he was doing was only part of the final war on the west. Part of that act was all the disturbances in the U.S.S.R., especially in the Government in the last half of the 1980's. So they became Russia instead of the U.S.S.R. and let go of some of the poorest outlying provinces and allowed everyone to think that the Ukraine became independent (when all it would take to reunite the Ukraine and Russia is a phone call). Big deal. They have continued to develop their nuclear armaments and still export those to whoever they choose to.


4) Gorbachev, just before departing from Russia, was holding intense pan-synchretist religious gatherings. Communists aren't personally religious, but they don't hesitate to use religion for their own devious ends. That is a principle of the Communist war on the West established by the Italian Communist Antonio Gramsci many decades ago.


5) Gorbachev in his voluntary exile originally based his current operations in San Francisco and the East Coast in a collection of U. N. NGO based organizations and endeavors which are a collage of social/cultural/religious pan-world fusion of all systems synchretism. This is in keeping with the Gramscian model of subverting religion et al for Communist ends. Gorbachev's main base is the Gorbachev Foundation.


The further history of the KGB's agent provocateur at large -- Mikhail Sergheevich Gorbachev, former President of the USSR and current President of the International Green Cross (part of the Greens in Europe a Socialist Communist front that are very destructive in politics in Europe).


You will note this below in the mandates they operate by, they are serious: "It [the Gorbachev Foundation] decides, in an autonomous manner, directions to take regarding the development of both Russia and the rest of the world"


The Gorbachev Foundation, an organisation of socio-economic and political studies, was founded in January, 1992.


The official inauguration of the Foundation took place on March 3rd, 1992.


The founders of the Gorbachev Foundation were:

::. the National Branch of the International Foundation for Survival and Development (then presided over by the scholar Evgheni Velikhov);


::. the Association of Foreign Politics (then presided over by Eduard Shevardnadze);


:.. the Economic and Social Reforms Foundation (then presided over by the scholar Stanislav Shatalin);


::. the academician Alexandr Jakovlev, and


::. Grigory Revenko, former director of the President¹s Administration of the USSR.


The Gorbachev Foundation is managed by a Board of Directors. The President of the Council is Mikhail Gorbachev. The Vice-President is Irina Virganskaya (M. S. Gorbachev¹s daughter).


The Foundation is a non-profit organisation and does not operate under the auspices of any State government.


It decides, in an autonomous manner, directions to take regarding the development of both Russia and the rest of the world, in accordance with the laws of the countries in which it operates. Both body corporate and citizens of any class or condition of life are allowed to participate in the activities of the Foundation.


Branch offices of the Gorbachev Foundation currently exist in the USA, Germany, Italy, Holland, Canada and several other countries. They are all autonomous from an administrational point of view, yet closely linked to the headquarters in Moscow by common ideas and visions.


The Foundation also maintains ties with other organisations of the same type.


Although The Gorbachev Foundation started out in San Francisco this is where they migrated to at one point.

The Gorbachev Foundation of America, Located at Northeastern University


Former Soviet leader Mikhail Gorbachev said that the United States had become "non-democratic" and stressed that Washington should rely more on international institutions.

"The United States has to rely more on international institutions and public opinion and not only on its allies," state-run HINA news agency quoted Gorbachev as saying on a visit to Croatia.


"It means that the US has become a non-democratic country. We wish that the United States would use partnership as the best solution" for global issues, he said.


Gorbachev spoke at a conference on the reforms he had launched in the 1980s and which eventually led to the fall of the Iron Curtain separating eastern and western Europe.


The one-day meeting, held in the Croatian coastal town of Primosten, was focusing on 20 years of "perestroika" -- a program of democratic and economic reforms that Gorbachev started in the former Soviet Union.


Former US president George Bush who was also invited addressed the participants through a video broadcast message.


Gorbachev's reforms known as perestroika first liberalized and eventually helped the dissolution of the Soviet Union in 1991.


The point is this, a very strong bond has been resumed between Russia and Israel that had been a large basis of Israel's coming to power by war and bloodshed and pillage in the first place. That is Russian Communist support. That bond is there today. It is no problem for the Israelis to make sure they don't target Russia with their nuclear missiles. What this is heading for is: the United States spread way too thin, and a massive coalition of Russian lead countries attacking U.S. troops or interests or simply pushing us out of any influence anywhere, after the U.S. has wasted way too many resources in Iraq and has removed a country (Iraq) that would have never compromised with Israel; and who knows how many others.

Keep An Eye On Gorbachev

Gorbachev is generally thought of in a positive way. After all, didn't he end Communism and isn't he promoting democracy and the saving of the environment? Gorbachev is a very charismatic personality and has U.S. officials, along with the public, eating out of his hand. Let me share with you some of his quotes and plans for the future of the world.


In 1989 Gorbachev was quoted speaking to the Politburo saying the following " In October 1917 we parted with the old world rejecting it once and for all. We are moving toward a new world, the world of communism. We shall never turn off that road." He also said "Gentlemen, comrades, do not be concerned about all you hear about glasnost and perestroika and democracy in the coming years. These are primarily for outward consumption. There will be no significant change within the Soviet Union, other than for cosmetic purposes. Our aim is to disarm the Americans and let them fall asleep." During 1989 when the Berlin wall came down he proclaimed " I am a convinced Communist. For some this may be a fantasy but for me it is my main goal"


James Garrison ( President of the Gorbachev Foundation ) says " we are going to end up with world government. It's inevitable... There's going to be conflict, coercion and consensus. That's all part of what will be required as we give birth to the first global civilization."

All of this was planned


COMMUNIST GOALS (1963)
1. U.S. acceptance of coexistence as the only alternative to atomic war.

2. U.S. willingness to capitulate in preference to engaging in atomic war.

3. Develop the illusion that total disarmament [by] the United States would be a demonstration of moral strength.

4. Permit free trade between all nations regardless of Communist affiliation and regardless of whether or not items could be used for war.

5. Extension of long-term loans to Russia and Soviet satellites.

6. Provide American aid to all nations regardless of Communist domination.

8. Set up East and West Germany as separate states....

10. Allow all Soviet satellites individual representation in the U.N.

11. Promote the U.N. as the only hope for mankind. If its charter is rewritten, demand that it be set up as a one-world government with its own independent armed forces....

12. Resist any attempt to outlaw the Communist Party.

13. Do away with all loyalty oaths.

15. Capture one or both of the political parties in the United States.

16. Use technical decisions of the courts to weaken basic American institutions by claiming their activities violate civil rights.

17. Get control of the schools. Use them as transmission belts for socialism and current Communist propaganda. Soften the curriculum. Get control of teachers' associations. Put the party line in textbooks.

18. Gain control of all student newspapers.

19. Use student riots to foment public protests against programs or organizations which are under Communist attack.

22. Continue discrediting American culture by degrading all forms of artistic expression. An American Communist cell was told to "eliminate all good sculpture from parks and buildings, substitute shapeless, awkward and meaningless forms."

24. Eliminate all laws governing obscenity by calling them "censorship" and a violation of free speech and free press.

25. Break down cultural standards of morality by promoting pornography and obscenity in books, magazines, motion pictures, radio, and TV.

27. Infiltrate the churches and replace revealed religion with "social" religion. Discredit the Bible and emphasize the need for intellectual maturity which does not need a "religious crutch."

28. Eliminate prayer or any phase of religious expression in the schools on the ground that it violates the principle of "separation of church and state."

29. Discredit the American Constitution by calling it inadequate, old-fashioned, out of step with modern needs, a hindrance to cooperation between nations on a worldwide basis.

30. Discredit the American Founding Fathers. Present them as selfish aristocrats who had no concern for the "common man."

31. Belittle all forms of American culture and discourage the teaching of American history on the ground that it was only a minor part of the "big picture." Give more emphasis to Russian history since the Communists took over.

32. Support any socialist movement to give centralized control over any part of the culture--education, social agencies, welfare programs, mental health clinics, etc.

33. Eliminate all laws or procedures which interfere with the operation of the Communist apparatus.

35. Discredit and eventually dismantle the FBI.

38. Transfer some of the powers of arrest from the police to social agencies. Treat all behavioral problems as psychiatric disorders which no one but psychiatrists can understand [or treat].

39. Dominate the psychiatric profession and use mental health laws as a means of gaining coercive control over those who oppose Communist goals.

40. Discredit the family as an institution. Encourage promiscuity and easy divorce.

42. Create the impression that violence and insurrection are legitimate aspects of the American tradition; that students and special-interest groups should rise up and use ["]united force["] to solve economic, political or social problems.

43. Overthrow all colonial governments before native populations are ready for self-government.

Re-zoning the World: The Merging of the Americas in a New Global Order